Introduction to Mouse Events in Quorum

In this tutorial, we will learn about mouse events.

We can also use events for mouse input. There are three possible listeners for MouseEvents.

In this next sample program, we will use a MouseListener to make a square change color while we are clicking on it, and return it to its previous color when we release the mouse button. Try the total code out below in the browser or Quorum Studio:

In any class that inherits from MouseListener, the ClickedMouse action will automatically be called when the user clicks the mouse. This action must take a MouseEvent as a parameter. The MouseEvent can contain lots of information, including what mouse button was clicked or the X,Y coordinates of the mouse when the event occurred. To see everything that a MouseEvent can contain, see its full documentation here.

Similarly, a class that inherits from MouseListener can use the ReleasedMouse action to automatically call code when the user releases a mouse button. This action must also take a MouseEvent as a parameter. 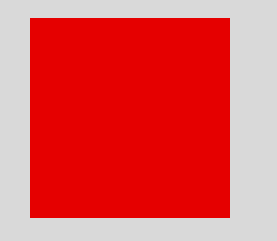 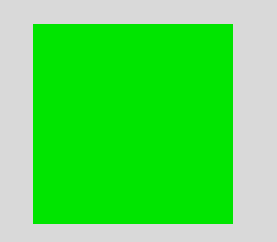 The code in Main is used to additionally position and draw our square on the screen.

Try moving or dragging the mouse.

The first of these two actions is MovedMouse. This action will be called anytime the mouse is moved and there are no buttons held down on the mouse. In our example, we use event:GetX() and event:GetY() to get the x, y coordinates of the mouse after it has moved.

The other action that will be automatically called by inheriting from MouseMovementListener is the DraggedMouse action. This action is called when the mouse is moved while holding down a button. In our example, we use event:GetMovementX() and event:GetMovementY() to get the distance traveled by the mouse since the last time the mouse was moved or dragged.

The most important thing in our Main class is the line AddMouseMovementListener(me). This line tells the game engine to notify us every time the mouse is moved or dragged.

Inside our class there is one action, action ScrolledMouse(MouseEvent event) . This is the only action that will be called when using a MouseWheelListener. Inside this action we use event:scrollAmount . (Note that it is lower-case without parenthesis - we are directly using a variable inside event, instead of calling an action.) The scrollAmount value represents how far the mouse wheel has been scrolled. If the wheel was scrolled up, it will be positive, and if it was scrolled down, it will be negative. The faster the wheel was scrolled, the larger the number will be.

To make the game inform our listener of events, we need to add it. We can see this in our example code on the line AddMouseWheelListener(me) .

In the next tutorial, we will discuss Collision Events in Quorum, which describes How to use collision events events in our games..