This page provides example programs using the Quorum game engine. These examples give a bigger picture view of how games can be used as a whole, as opposed to other tutorials, which focus on individual parts for creating games. These games are not commercial products and are not intended to be, but showcase the types of systems that can be used in game creation.

This is a 2D game called Bug Buster. It showcases a turn based strategy for destroying evil bugs that are doing evil things. Source code is under the BSD software license and provides examples for how to use behaviors, input sets, loading from JavaScript Object Notation (JSON), physics, and the use of focus for accessibility. 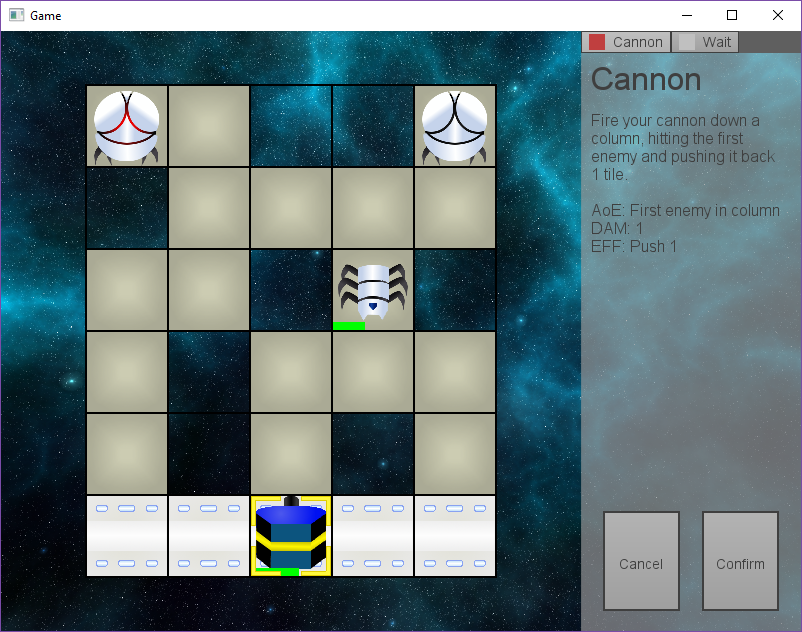 This is a demo of a 2D game called Arcanium: Magic College. It is a turned-based Role-Playing Game (RPG) where you, the Hero, obtain the gift of magic and set off on an adventure to learn more about the secrets of your new magical powers. In this demo, you can play through the prologue, where you can fight monsters and explore the forest surrounding the Hero's hometown. Further information and the controls can be found in the Readme.txt file of the project.

Arcanium: Magic College was created as part of a Senior Design project by Albert Antero, Jania Carla Cunanan, Ryan Desacola, Ean Engdahl, Matthew Gordin, Maria Lisondra, Tyler Proffitt, Christian Saracay, and Lisel Anne Valdez. Source code is under the BSD software license and provides examples for how to use behaviors, load from JavaScript Object Notation (JSON), physics, and the use of focus for accessibility. Further licensing information can be found in the Licenses.txt file of the project. 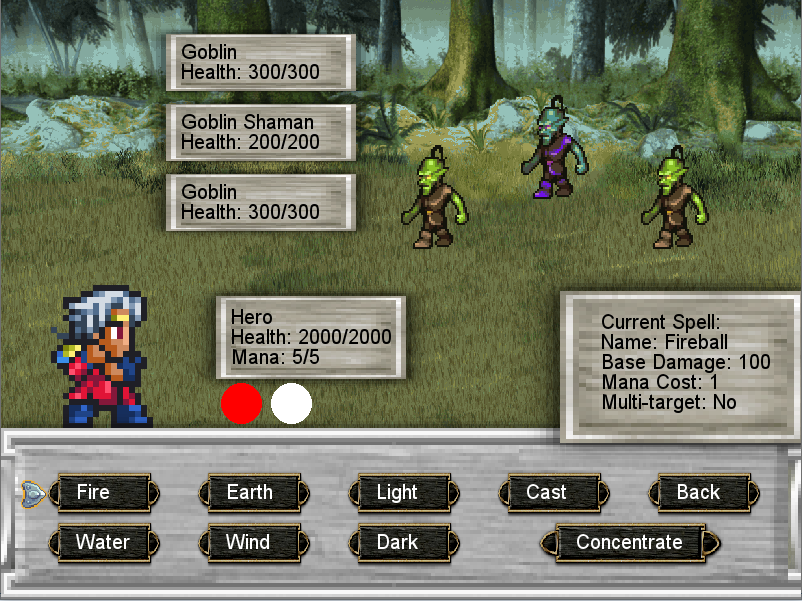 In the next tutorial, we will discuss Gravity In 2D, which describes how to add gravity to a 2D game.