An Introduction to Screen Resolutions in Quorum

This tutorial discusses changing the size of the game window. This includes how to make a game fullscreen and the way screen resolution on the screen relates to cameras.

Setting the Size of the Game Window

When creating a Quorum game for use on Windows or Mac, by default a game will launch in a window that is 800 pixels wide and 600 pixels tall. To change the size of the window, we use the SetScreenSize action from the Game class. In the example below, we use SetScreenSize before calling StartGame. This will ensure that when the game launches and that the window that appears is the correct size.

We can also change the size of the screen at any time after launching a game. The example below shows how to change the size of the game after StartGame is called. As a reminder, CreateGame is called after the window has been opened and is shown on the screen. SetScreenSize can be used to set the game window to any given positive width and height.

When running an application in fullscreen mode, desktop displays have a limited number of supported resolutions (width x height). These resolutions can differ with different kinds of computers and platforms, which means there is no universal fullscreen resolution that will work everywhere.

To see what resolutions are supported by a particular monitor, there is an action built in to Quorum called GetAvailableResolutions. This will give us an Array of ScreenResolution objects.

In the above code, we get the available screen resolutions and output some information about them. Each ScreenResolution object contains the following information:

In some cases, we might want to look at all the available screen resolutions and choose the one which best suits our game. One way we might do that is to get the resolution currently on the user's desktop. The GetDesktopResolution action will give us this information. We can also call UseDesktopResolution to tell our game to use it as a default.

Let’s look at what our last example would look like if we use the desktop resolution:

Note that in the two prior code samples we included a way for the game to exit. A fullscreen game does not have an exit button like a windowed game does, so it’s important for the programmer to provide a way to shut it down. If we ever create a fullscreen game without a way to exit, we can still close it via keyboard shortcuts (COMMAND + Q on Mac or ALT + F4 on Windows).

To see how this can happen, let’s look at some sample code. 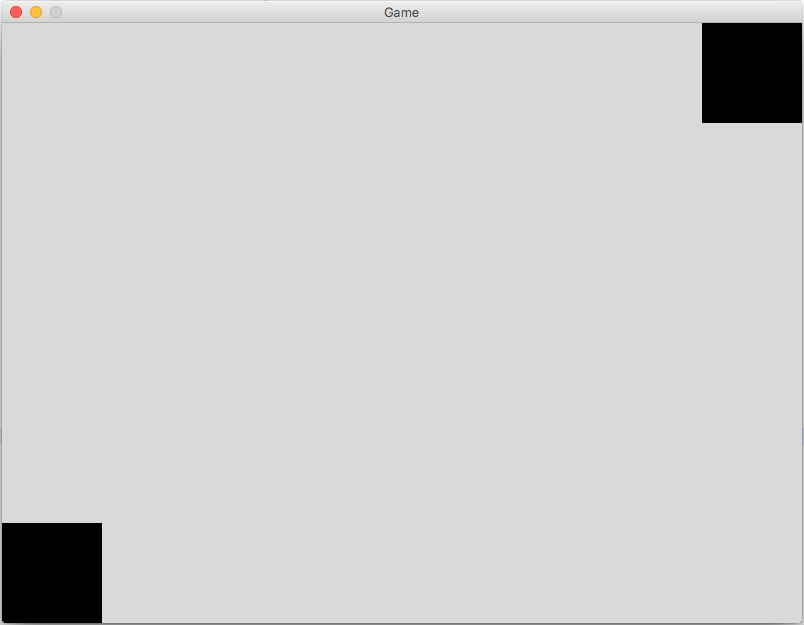 After pressing the spacebar, the first square is still in the bottom left corner, but the second square is no longer touching the top right corner of the screen. The resized screen is larger, so now there is an extra 200 pixels above the square and 200 pixels to the right of it. 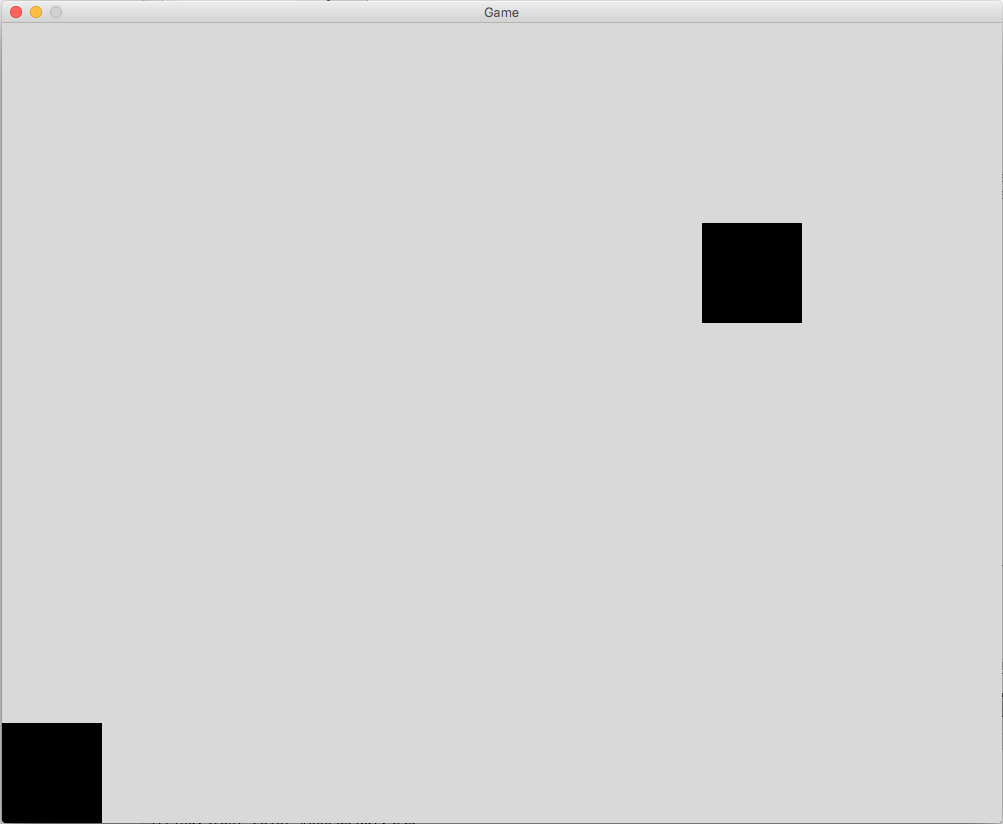 Sometimes, we may want to adjust the screen size without adjusting the cameras. If we had done that in our previous example, after pressing the spacebar our screen would be 1000x800 pixels on the screen, but the game’s camera would be “zoomed in” on an area that was still only 800x600 game units.

All actions that adjust the screen size, namely SetScreenSize, SetScreenResolution, and UseDesktopResolution, can be given a boolean value as their last parameter. If this value is false, then the game area will be resized without adjusting the cameras. Where we set the screen size in our last example, let’s replace it with this line of code:

Now when we press the spacebar, the square in the top right is still touching the top right corner of the window. Each square is still the exact same size in the engine (100 units wide by 100 units tall), but on the screen they appear slightly larger than they did before we resized the screen. Here’s what it looks like: 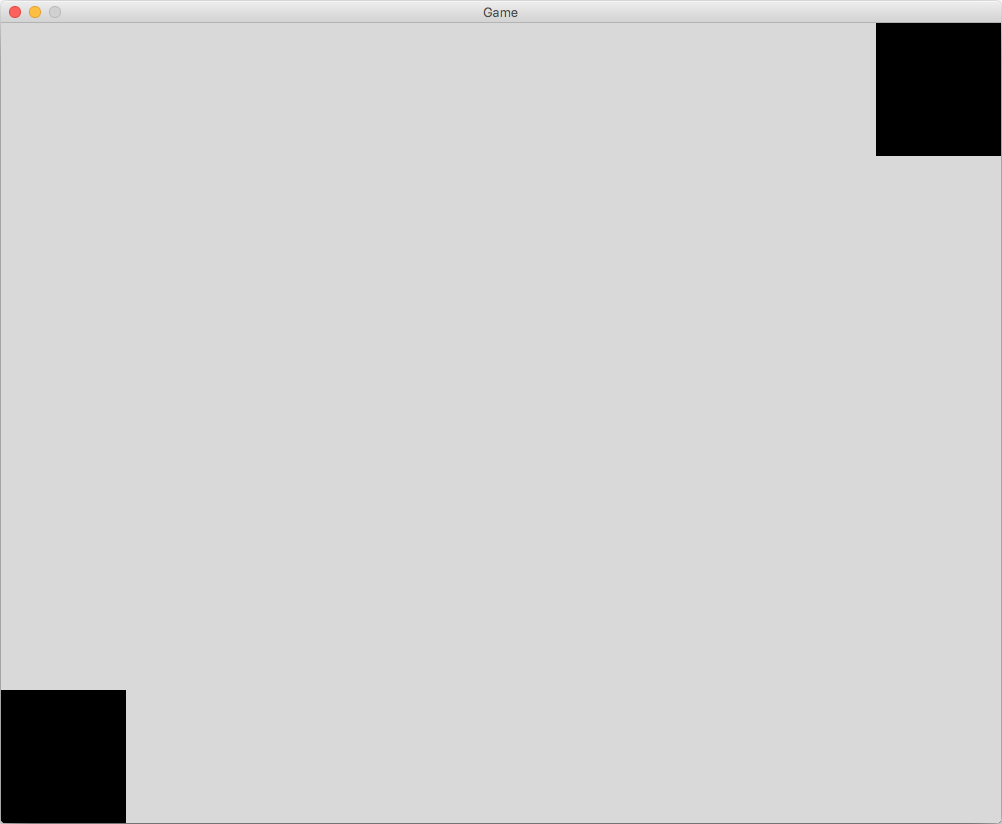 In the next tutorial, we will discuss Example Games Written in Quorum, which describes games that use several systems at once..