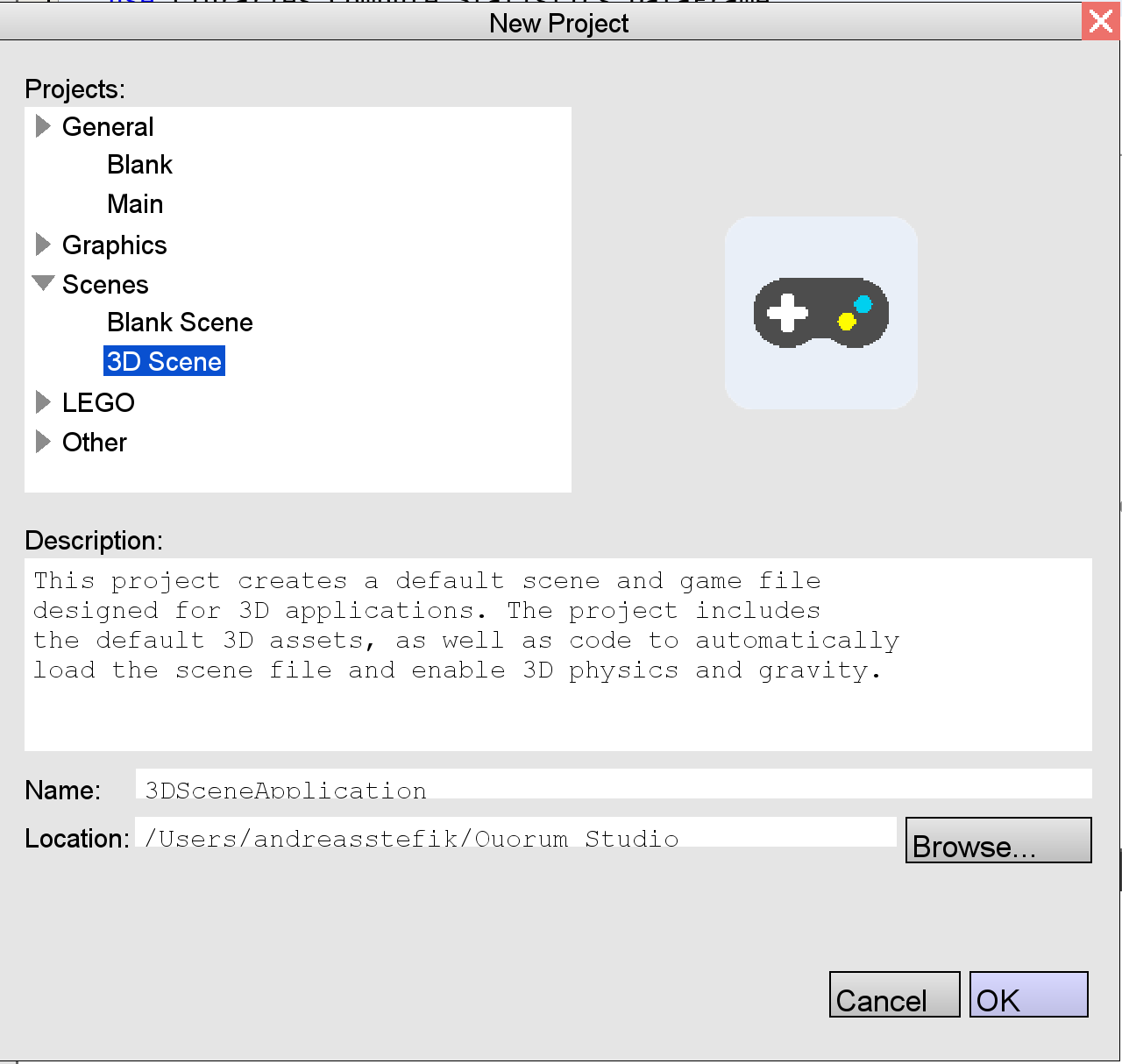 Once we have a project, notice that there are several items that have been created by default. First, our project has a 'Scenes' folder, which inside of it contains a file called Scene.qs. This is a blank Quorum scene file. Second, there is a folder called 'Resources,' which contains 6 files, including 3 PNG picture files and 3 files with the extension JSON, which is a file format called JavaScript Object Notation (JSON). These files allow us to visually see the images on screen in our application and additionally let these images be accessible to people that want text representations of them (e.g., screen reading devices). To open our scene, we either press enter, or double click, Scene.qs. This will open the Palette and the Grid. 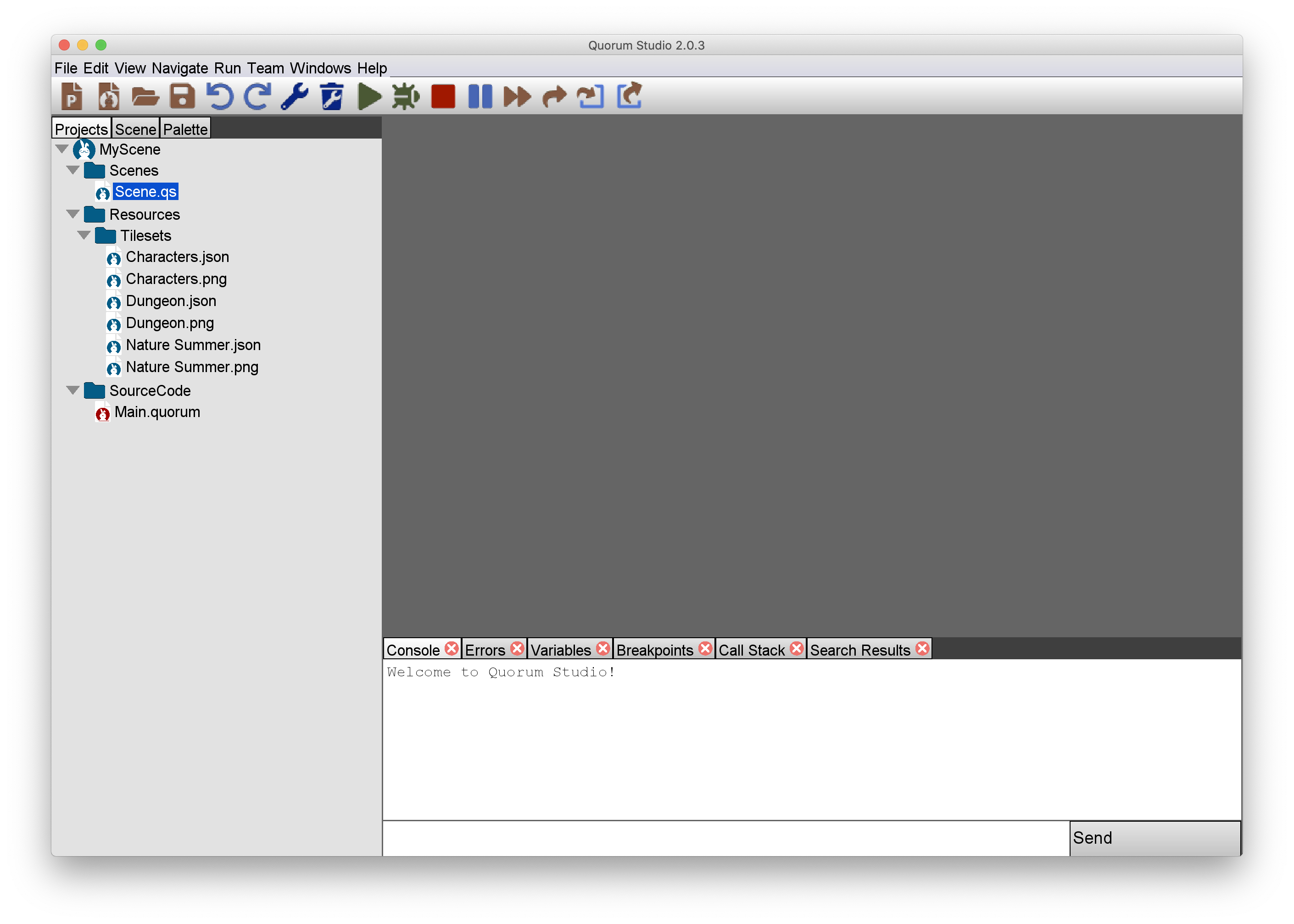 Note that by default, the scene created by the new project wizard copies any of the default tilesets included by Quorum Studio. If you want to use your own in the visual editor, which is discussed at the end of the scene editor tutorial, you will need to manually copy in the files you want to use, even if you pre-loaded them as custom Palette items in Quorum Studio.

In the next tutorial, we will discuss Introduction to Adding and Removing Items in the scene editor., which describes scene manipulation in Quorum Studio..